As part of our ongoing series of interviews with luxury industry leaders TFOL was pleased to spend an afternoon in the company of one of the brand world’s most influential figures. Marcel Knobil’s CV includes work as author, editor, publisher, brand consultant, founder of The Brand Council and global research body Superbrands. Currently penning his 12th book, Knobil’s latest venture, VeryFirstTo, is a platform for luxury brands to launch new products and experiences from. Launched less than a year ago the site has already amassed a significant following of influencers around the world. TFOL met up with Knobil to discover the key to the site’s success and what the future holds.

What inspired the name VeryFirstTo?

We had great fun working with a panel deciding what to call VeryFirstTo and thinking about what defines luxury and when something isn’t new anymore. VeryFirstTo is almost the lastminute.com of the luxury brand world delivering what’s just arrived on the scene. FirstMinute was a possible name for a while!

Who is VeryFirstTo’s target audience and what markets are you looking to appeal to?

We’ve found that around 86% of our registered members are early adopters of luxury brands and by focusing our proposition on ‘just launched luxury’ we’re accessing a very strong audience.

In terms of strategy, we have a policy that nothing should remain on the site for longer than 59 days after its release, this creates more work for us but it also means that we’re unlike any other site. We’ve also created the Luxforecast and The VeryFirstTo Awards both of which focus on new launches. The site has already attracted a significant amount of interest and we’ve already acquired around 24,000 registered members.

What are your criteria for measuring what makes it on to the site?

When defining luxury we discussed how some brands, like LVMH, were very self-defining while others are historically known and understood from Hermes to Gucci to Bentley etc. We felt that by only using those brands we would be restricting ourselves. People living a life of luxury aren’t necessarily tied to those types of brands, we think it’s important to look at products and experiences that are well designed and innovative too.

We defined new as any product that was yet to arrive on the market. We’d then define those products as new for 2 months but we wouldn’t allow anything on VeryFirstTo beyond the 59 day mark. Although we’ve been very strict with our definition of new, what’s been interesting to note is that generally people deem something to be new well beyond the 2 month mark. If the brand is strong enough, people seem to lose a sense of time. With restaurants, for example, it takes a long time for people to discover them so they think they’ve come across a brand new eatery when, in fact, it’s been around for quite a while.

We’ve appointed a panel of connoisseurs that tell us about items that excite them.  Having Giles Deacon, Katie Hillier, Joan Burstein, Tom Chapman and the longest standing prima ballerina at the Royal Ballet as advocates helps reassure buyers.

How did you engage brands to start with?

It was a process of identifying a wish list and then explaining to these brands what the VeryFirstTo philosophy was all about.  It’s very exciting launching a truly exceptional concept but getting brands to buy into it was more difficult. The brands that initially supported us were those that had vision.

We also wanted the site to act as a ‘haven’ that early adopters could go to to discover new launches. It’s quite an English mentality to be quite conservative. I’ve tended to find that if one has a visionary idea it takes a while for people to buy into it in the UK.

As you have members globally is it a challenge for VeryFirstTo that brands might launch products and experiences internationally before bringing them to the UK?

Initially we saw VeryFirstTo as being UK based but our growth is a very good example of the consumer holding the power. We have a formidable number of members from across America, Russia and China. It was a Chinese member that bought a £960,000 trip recently. In my past business exploits we have been able to control expansion into territories but in this case the consumer has made it into an international site.

Do you see an appetite for innovation in emerging markets like India and China?

When I sold Superbrands it was already in 30 countries so I know that in order to sell into a country you have to have an understanding of its culture and its consumers. What is interesting to observe is that some countries embrace ‘newness’ more than others.

The Russians are instantly attracted to items that are status driven whether there is heritage in the brand or not.  In England, and throughout the rest of Europe, individuality is a strong characteristic and as a result luxury brands are increasingly trying to cater that.

In China, however, about 90% of the wealth is new so they enjoy the security of what fellow wealthy individuals are buying. They’re more comfortable buying in to an established name which is within their comfort zone. New brands seem to struggle more in the Chinese market than they would elsewhere even if the item merits purchase. 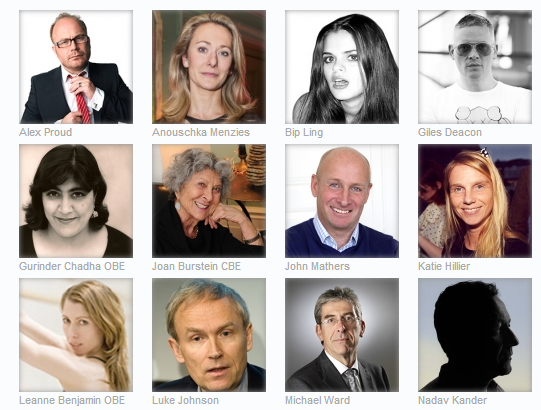 Do you have plans to expand on your current ecommerce capability?

We didn’t start as a full ecommerce site because on launching it was difficult to ask people to develop immediate trust in the brand and buy from us. What’s really important is that we don’t push items, we provide a lot of intelligence which makes us appear credible and authentic. In that sense, If you were trying to describe the site in one word we’d say we’re ‘re-torial’ as we deliver both editorial and retail.

Currently most of the items can be purchased directly from the brand or a retail store however, certain items you can buy directly from VeryFirstTo. When we look at click-throughs and purchases, we’re finding that fashion accessories and tech items are most desirable with our audience.

What are your plans for the future?

We’re becoming perceived as the go-to place to learn about newly launching products and experiences as well as providing the opportunity to buy or book them.  I think we need a greater presence internationally and to concentrate on building our brand portfolio. At this stage though, we’re surprised and delighted that so many of the strong brands have been willing to cooperate.

What do you think is the future of luxury, Marcel?

Luxury now has evolved from my initial involvement with it. Initially it felt quite superficial however as we’ve become more discerning there’s an increasing emphasis on authenticity and individuality I think the brands that flourish will be those that recognise this. As consumers become more sophisticated we’ll be looking at brands offering more variations so products will become increasingly bespoke.  Authenticity is the keyword. 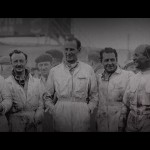 Luxury Brands And The Evolution Of Branded Video – 5 Creative Approaches 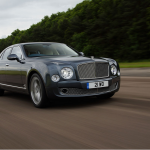 The Most Anticipated Luxury Launches: The VeryFirstTo Luxforecast Awards Summer 2013 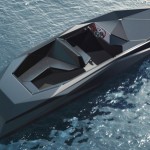 Celebrating The Worlds Most Eagerly Anticipated Launches At The VeryFirstTo Luxforecast, Spring 2013